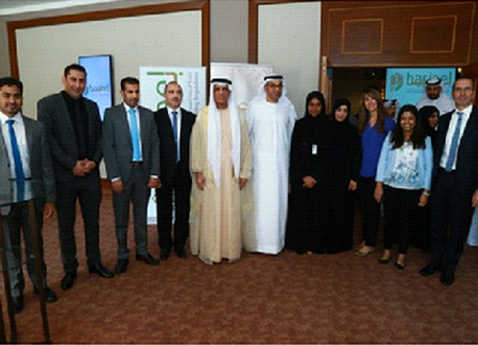 Cornerstone Consultants were privileged to join this workshop attended by a large number of officials from Government entities, developers, consultants, contractors and media representatives.

Barjeel, which covers all new buildings in Ras Al Khaimah, is the most important program of the RAK Energy Efficiency and Renewable Energy Strategy 2040, established under the patronage of HH Sheikh Saud bin Saqr Al Qasimi. The Strategy targets 30% energy savings, 20% water savings, and 20% share from renewable energy by 2040, with Barjeel contributing the largest share of energy and water savings.

In 2018, RAK Municipality held broad stakeholder workshops, as part of the consultation process for Barjeel. The resulting regulations are designed to be simple and focused primarily on energy and water efficiency, with clear economic benefits.

Buildings in line with Barjeel are expected to consume 30% less water and energy, with minimal impact on construction costs. This will translate into strong, direct economic benefits for Ras Al Khaimah. Barjeel will also bring other indirect benefits to the Emirate: part of the savings from Barjeel are expected to be spent or reinvested in the local economy and the development of a supply market for green products and services will elevate the capabilities of local firms.

To allow time for the market to adapt to the new regulations, Barjeel is being introduced gradually, starting with a voluntary phase from the 29th of January 2019. RAK Municipality is taking several steps to support a smooth implementation, including consultant and contractor training, and financial incentives for early Barjeel adopters.

HE Munther Mohammed bin Shekar, Director General of RAK Municipality, said: “The Government of Ras Al Khaimah considers the launch of Barjeel an important milestone in the urban development and modernization of the Emirate. Thousands of buildings are being developed in Ras Al Khaimah every year, and through Barjeel, we will ensure that these new buildings embed higher sustainability standards. A more efficient building stock reduces the costs for residents and businesses and supports the competitiveness of our economy.”

He added: “Contribution from the private sector is essential for the successful implementation of Barjeel. Therefore, we welcome early adopters of Barjeel, and during the voluntary period we will encourage them with reduced building permit fees.”